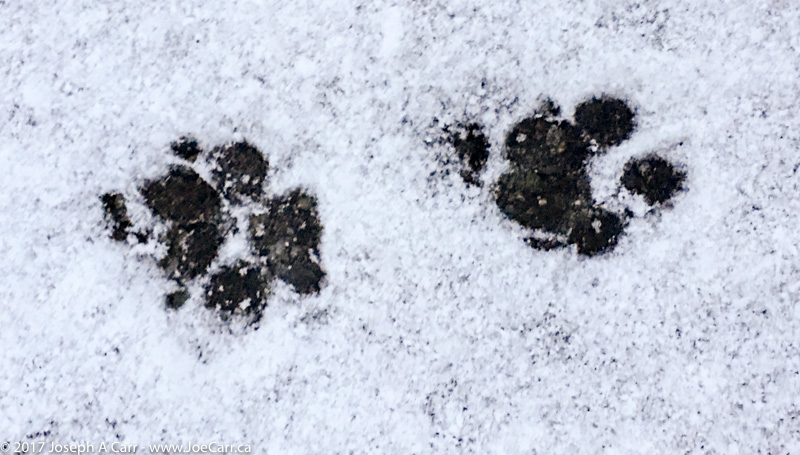 I went on a road trip to Oregon this summer to view the Total Solar Eclipse on August 21st from Monmouth, a small university town in the Willamette Valley. I shared the experience with a group of my astronomy buddies from Victoria, which made it a very special and exciting eclipse event. This was my fourth Total Solar Eclipse, and it was the prettiest to observe through my binoculars – lots of sparkling prominences, solar flares, Diamond Rings, and spectacular plasma streamers. Several of my friends took some fantastic photos and video of the eclipse, as well as capturing the people scene on the ground.

In fact, I was so excited during Totality (when the Moon completely covers the Sun) that I forgot to remove the solar filter from my camera lens, so my photos turned out all black for those two all-important minutes! Not to worry, I followed my own advice, and left my camera alone once I realized something was wrong, and visually observed the eclipse. I have good photos of Totality from my previous three eclipses, so no big loss. I also ran a portable weather station to measure the drop in temperature before, during, and after Totality. My best shot during Totality turns out to be one taken with my iPhone showing the fully-eclipsed Sun, Venus and an aircraft contrail!

We had great fun afterwards reminiscing about that special day! JoeTourist blog

In February, I joined several of my astronomy buddies at a friend’s place in southern Arizona, located southeast of Tucson in the ranching area near the Dragoon Mountains. He has an observatory equipped with two large telescopes and superb gear to take full advantage of the exceptionally dark skies in the area. We had a blast doing a week’s worth of observing and photographing the night sky and celestial objects, and talking astronomy non-stop for the whole week!

During the day, we played tourist, seeing a gunfight in Tombstone; lots of aircraft at the Pima Air & Space Museum; many observatories at Kitt Peak; learning about production of big telescope mirrors at the U of A Mirror Lab in Tucson; and exploring the Kartchner Caverns.

I spent an additional five days in Tucson on my own, and covered even more sights: desert flora and fauna at the Arizona-Sonora Desert Museum; saw lots of aircraft in the desert awaiting their fate at the Aircraft Bone Yard in Tucson; explored two desert canyons in the Catalina Mountains north of Tucson in Sabino Canyon and Catalina State Park; and toured Biosphere 2 on my last day in Tucson before returning home.

I also took my first overnight train trip between Seattle and Tucson on Amtrak, where I found how wonderfully relaxing that mode of transportation is compared with driving or flying! I had a roomette, which included a pull-down bed at night and two lounge chairs during the day. Meals were included, and served in the dining car. Sitting in my own roomette in my slippers watching the drivers fight with the rain and snow on the adjacent freeways was such a treat for me.  JoeTourist blog and online photo gallery

California Coast by train from JoeTourist on Vimeo.

I have run away from home for my birthdays in the past, and my 65th birthday was no exception! Two friends and I cruised to Hawai’i from Vancouver in October and back to Vancouver – a three week cruise aboard the Eurodam. As it turned out, both of my friends were also celebrating birthdays, so we had a grand time aboard the ship, enjoying the good weather, soaking up the wonderful service and eating delightful food aboard.

We both upgraded to cabins with balconies after a last-minute offer sent by Holland America was too good to pass up. I think we are spoiled now – the balconies were wonderful! The ship called into Hilo on the Big Island of Hawai’i where we met up with a fellow astronomer from Victoria who now lives there full-time. We next spent an overnight in Honolulu, so we had plenty of time to explore the sights in the big city before moving on to Maui and Kaua’i before sailing the 6-day return trip back to Vancouver.

I celebrated my 65th birthday on the return trip home with my friends and I partaking of a special seafood night at the Pinnacle Grill (French menu and service with westcoast-style seafood-meat fusion – premium charge restaurant) and some lovely Prosecco bubbly which complemented the seafood beautifully. On two other nights, were also very impressed with the Tamarind Bar (premium charge restaurant) on the top deck of the ship. They served delightful Asian-fusion food, made terrific Martinis, and the service was the best aboard the ship…and that’s a high mark to beat!

We were also impressed with the food in the Lido, which is the serve-yourself option for those who prefer to avoid the sit-down table service offered elsewhere aboard the ship. We also very much enjoyed the nice variety of menus offered in the main dining room, where we went for most of our meals. In other words, we ate our way across the Pacific in both directions!

I have enjoyed driving my 2014 Tesla Model S 85 for three years, however Tesla made me such a good trade-in offer, I was persuaded to buy a new 2017 Model S 75D. I took delivery in late September at Vancouver Tesla – they delivered 17 vehicles that day! I’m enjoying all the new high-tech features, but it will take time for me to become comfortable with some of them, especially the self-driving and parking!

My new Model S actually has a smaller capacity propulsion battery that the previous one, however because of technological and design improvements, it gets about the same range as before. Road trips are no problem with this car, since its 415 km range is longer than my personal “range”. In other words, I have to stop for a break before it does…I’m such a wimp when it comes to road trips!

I have debated whether to get a drone for quite a few years, but finally this year the DJI Mavic Pro spoke to me, so I bought one. It is quite easy to fly and a lot of fun for an old pilot like me. It also dovetails nicely with my interest in photography since the onboard camera shoots 4k video and high resolution photos in Adobe raw DNG format. I will take it with me when I travel to some locations, depending on the situation (laws prohibit the use of drones in some jurisdictions). I took my drone with me on the cruise to Hawai’i this year, but I ended up not using it for a variety of reasons, but I was glad I had it with me. I have made some very nice hi-res videos with it of our local shorelines and parks, and it makes great panoramic photos from a high perspective.

I have also debated about getting a 3D printer for a few years now. One of my friends has one  and makes good use of it for making mechanical parts, but I was uncertain what practical use I might make of one. It finally came to me that I could do astronomical modelling using NASA’s 3D library, which contains 3D printable models of celestial objects, spacecraft, mission gear, topography of landing sites and other interesting locations, hurricanes, and the list goes on. That said, I have also used 3D design software to create spare parts for stuff that seems to be always breaking in our 1948 vintage house. I purchased an i3 Prusa 3D printer kit from JGAURORA design through Amazon.

The underwater camera I’ve used while snorkelling on my last few trips produced pretty poor photos and video. I have wanted to replace it for awhile, but there really wasn’t a good option until the GoPro action cameras appeared on the market. The early models weren’t too impressive, but I finally decided the GoPro Hero 5 Black would be a step up for me for underwater use, and it would be useful for some regular photography as well.

It turns out so far I’ve only used it for terrestrial  photography, since it takes terrific time lapse videos (see links to Eurodam videos above) as well as regular video in 4k resolution. It is also very handy to take with me when I go to places I wouldn’t dare take my dSLR camera – the beach on a windy day, rainy day shots while hiking, in the car, and more. I have a head strap, so I can wear it on my head to capture my version of action video while walking the dogs. It is also much easier to setup and use than many other cameras, so I tend to make use of it quite often.

Our cat Coda decided to scoot out the front door in June, but a few days later he showed up waiting for us to let him back inside. I guess the neighbourhood wasn’t as exciting as he had imagined, and no doubt he was hungry!

We replaced our 1948 vintage furnace with a heat pump system. It feels good to say goodbye to burning carbon-based fuel, and we sure appreciate the air conditioning during summer.

On the personal front, I participated in a medical study over the summer, being a test subject for a new non-statin drug treatment for high cholesterol. I’m back on my regular meds now, but I’m looking forward to seeing this new product come to market. In the process, I lost 10kg (21 lbs), a good thing! My latest lab tests also indicate I’m now within the normal range for my cholesterol counts…without taking the statins that were previously giving me so much trouble.

I will be returning to southern Arizona in February to once again take advantage of the dark skies and my friend’s beautiful observatory. This time I will be flying instead of taking the train, since it is cheaper and faster. I will have a few days to myself, so I plan to drive up to Sedona before returning to Tucson and home.

In April I will join a tour group in Los Angeles bound for Malaysia, Indonesia & Brunei. The main destination is Borneo, however lots of other interesting locations in Sabah and Sarawak will be included in this fascinating experience offered by Infocus Travel. We will have some wonderful opportunities to observe wildlife in remote Borneo, as well as sample the cultures of the diverse people in the area. I traveled with Michele Burgess from Infocus Travel before when we experienced the United Arab Emirates and Oman, so I trust her to maximize photographic experiences, and keep the pace of travel manageable so we have time to enjoy ourselves.

I also want to return to Washington, Oregon and Northern California in 2018 on a road trip. I’m thinking either June or September/October would be a good time to take a leisurely drive to visit some friends along the way, and have time to better experience the beautiful Northwest of the USA.

Greetings and all the best from my family/menagerie to yours for the holiday season!

Joe & Kirk  (the humans), Tanner and Rolly (the Jack Russell Terriers), Coda and Mello (the cats)