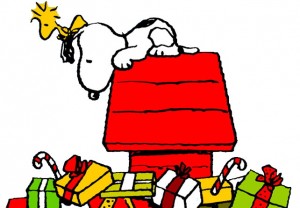 I started off 2015 on New Year’s Day by participating in a photo shoot at Beacon Hill Park hosted by Kerrisdale Cameras. It is always a good idea to assign yourself a task in order to learn new photographic techniques, and working with others who are also interested in photography usually yields new insights. It was damned cold that day, but I captured some shots I was pleased with. Afterwards, we adjourned to the Beacon Drive-in for brunch, refreshments and discussion. Photo slideshow of Beacon Hill Park

Later in January, I travelled to Seattle for a Rick Steves Reunion, where I met a couple of my tour group who were on my Best of Europe in 21 days tour (Sep 2014). I also met our tour guide Jennifer and our driver Sylvain, which was a special treat! This was my first road trip in my Tesla Model S, and the first time using Tesla’s SuperCharger network. As it turned out, I made use of a recharger provided by my Lynnwood hotel most of the time.

I saw the Museum of Flight’s superb collection of historical aircraft, including walking through JFK’s Air Force One presidential jet (the first jet), and a British Airways Concorde. There was also a mockup of the Space Shuttle, which really illustrated just how big that space plane is! 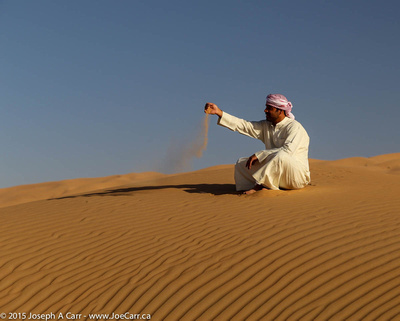 I travelled to the United Arab Emirates and Oman in Arabia for three weeks in February on the Gems of Arabia small group tour, which took us to see some wonderful sights in both countries. We flew in and out of Dubai in the U.A.E., splitting a week in that country, and spent two weeks exploring Oman.

A professional photographer lead the tour, so we had lots of photo opportunities, and plenty of time to setup shots, as well as time to ourselves. We met some wonderful, friendly people, saw some outstanding cultural and religious locales, experienced over-the-top Dubai, and explored lots of the more remote parts of both countries. I had a great time! Travelogue and photo galleries.

I took a workshop in June hosted by the Royal BC Museum, titled “Gold Rush Photographers: A Living History”. It was fascinating to see how photographers from our early history captured the scenes and people of their day. We saw wet photographic plates being prepared and processed, saw how the old cameras worked, and observed a portrait being taken outside using these old techniques and equipment. The photographer developed the photo outside in a tent, in a similar fashion as would have been done in the early days of photography. It wasn’t just the gold miners who were hardy in that era! 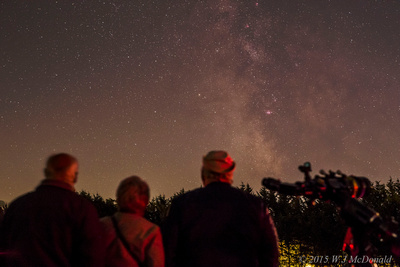 I attended two summer star parties held on southern Vancouver Island again this year – the RASCals Star Party (near Victoria), and the Island Star Party (Bright Angel Park, Cowichan Valley). I always enjoy the camaraderie of my fellow amateur astronomers. I managed to take some nice photos of the night sky and do some observing from the dark sites the star parties give us access to. Event photos.

My classmates and I had a great time at our Cowichan Senior Secondary School’s 45th Reunion, held beside Cowichan Bay this summer. It was wonderful to reconnect with everyone, and I’m happy to say most of my buddies were there. Everyone appreciated The Culprits – a rock and roll band who knows the music we all appreciate, since they are the same generation as us! My Reunion photo album and video of the band.

For those who are wondering “why a 45th reunion?”, the answer is pretty simple. When we took a tally of who we went to high school with and compared it with who were still with us, we decided waiting for the 50th wasn’t a good idea! 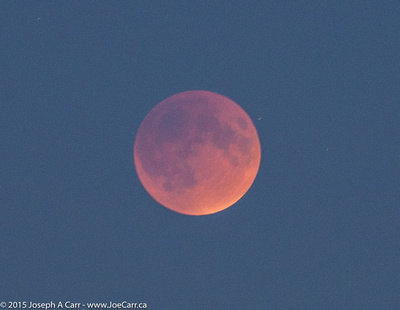 We had beautifully clear weather for a Total Lunar Eclipse in September. It was a gorgeous Sunday evening when I setup my camera gear at Cattle Point here in Victoria, and photographed and observed the eclipsed Moon as it rose over the Strait of Juan de Fuca (the Salish Sea). There were thousands of people at various locations around Victoria all observing the eclipse, as I was. The Royal Astronomical Society of Canada, Victoria Centre’s Observing Report and Eclipse photo slideshow.

Later in September, I took my Tesla Model S (electric car) to Vancouver for its first annual service. I made a mini-holiday out of the trip, staying two nights so I could visit with some friends and relatives while on the mainland. My Model S continues to amaze me every time I drive it, it is so quiet, powerful, inexpensive to run, exotic, and a techie’s dream! I have become a bit of an evangelist for electric vehicles (EVs) since owning my Tesla. I am a member of two EV groups, and participate in some of their public outreach events. Photo slideshow of my Model S.

I was summoned for jury duty for the first time in my life, so I showed up at the courthouse for the selection process in November. I wasn’t selected, however the whole process was fascinating to experience. Perhaps I will be summoned again…

I went a bit crazy this year purchasing high tech gear. I now have both an Apple Watch and an Apple iPhone 6S Plus. The watch is an extension of the iPhone, giving notifications of what’s happening on the iPhone, such as incoming emails, text messages, weather reports, news, etc., and I can even pick up a call on the phone and use it Dick Tracy style! The watch will notify me when my Tesla Model S has completed charging! The Apple Watch is also very useful to keep track of my exercise as I walk the dogs and do chores and errands. The Apple iPhone 6S Plus is the bigger-screened version, which I find much easier to read, easy to use, and photos and videos have amazing detail. I purchased it unlocked directly from Apple, so it will also save me from paying roaming charges when I travel, since I can now use local SIMs for the countries I visit.

I put a huge effort into modernizing both my JoeCarr.ca personal website and my JoeTourist.ca travel website. Both websites now look great and are fully functional when being browsed using the smaller screens found in smartphones and tablets. It was a lot of work to transition my old content, but it was worth it, and I’m very pleased with the result. There is still a great deal of archived content in the old format, which I will try to get to “one of these days”.

Our Jack Russell Terriers Rolly and Tanner are now four years old, but both continue to take life at full speed. It brings smiles to the faces of passersby when I have them out in the front yard or at the park, and they act like crazy dogs for all to see. Our cats Mello and Coda are the exact opposite, preferring to sleep on the couch for most of the day, curled up beside each other. They are best buddies, but very lazy boys! Pet photos.

I will be taking two trips next year. In Feb/Mar 2016 I will spend a month cruising aboard Holland America’s Volendam on the 2016 Solar Eclipse Cruise in SE Asia. I will observe the Total Solar Eclipse while aboard ship as we cruise Indonesia. We also have ports-of-call in Myanmar (Burma), Malaysia, Singapore (home port), and Thailand. My last cruise in 2012 also included a total solar eclipse, located south of New Caledonia while aboard the Paul Gauguin.

I booked another Rick Steves tour, since I enjoyed the last trip to Europe with them so much. I will celebrate my birthday in October 2016 while on the Village Italy in 14 days tour. As it turns out, a couple from my last Rick Steves tour will also be on the very same tour, so that will be fun. I’m really looking forward to going on these two trips next year…the way it should be, since I’m retired! 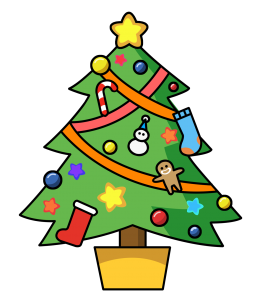 Kirk and I continue to take the dogs for daily walks in the regional parks and beaches, so we get our daily exercise and appreciate our wonderful natural setting on southern Vancouver Island. I sometimes grouse about our cool/cold damp weather in the non-summer months, but we really have it pretty good, all things considered. My friends and I patronize the local pubs, restaurants, and coffee shops, which gives me a good social outlet and keeps all of us in touch with each other.

Merry Christmas to all and we hope you have a great New Year!
Joe and Kirk
Rolly and Tanner, Mello and Coda

One thought on “Christmas Letter 2015”