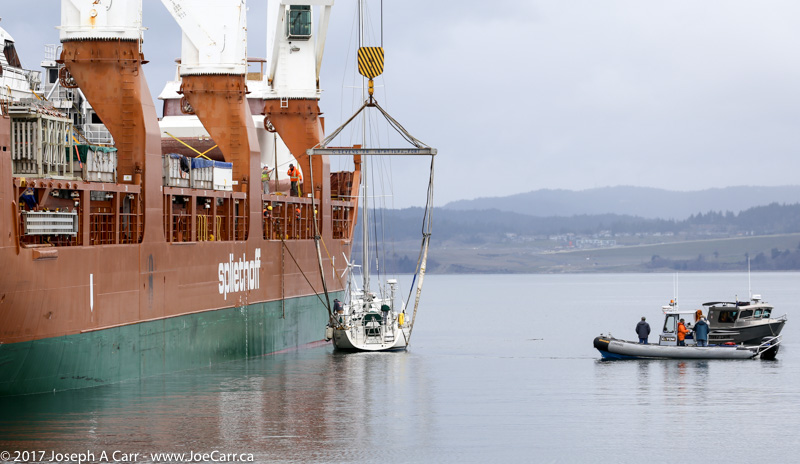 Way back in 2004, I grabbed an opportunity to sail across part of the South Pacific from New Zealand to Fiji in a 42′ sailboat. I didn’t have any previous sailing skills, especially blue water sailing, but I knew how to navigate, cook, and I had previously owned and operated a 27′ cruiser in local waters. So the couple who owned and were sailing sv Sequoia no doubt took a chance on me “working out” once they had a few days to teach me the basics. They live in Oregon, but had sailed their boat to New Zealand the previous year, and put out the call for crew while they and the boat over-wintered in Auckland. Before I flew down to New Zealand, a friend took me out for some quick sailing lessons, so I wouldn’t embarrass myself too badly!

I have kept in touch with Barbara and Craig, and they keep in touch with their friends through their sail blogs for the big adventures, and through Facebook for the more immediate and smaller stuff. They recently announced their next big adventure is going to be sailing the Baltic Sea, the Atlantic coasts of Europe, and an Atlantic crossing to the Caribbean over the next two years.

Starting that adventure is costly and requires a lot of planning – shipping sv Sequoia to Europe (Amsterdam, the Netherlands). As it turns out, the ship that does this sort of thing leaves from my home town of Victoria, British Columbia, so sv Sequoia was sailed up the coast from their home port of Sauvie Island in the Columbia River (St. Helens, Oregon) to Victoria. The boat and her crew spent some time in Port Angeles for a few days before finally arriving here in Victoria yesterday.

So obviously, this represented an opportunity for a bit of a reunion. It was great to meet Craig (Barbara stayed home), and two of his sailing buddies. They were focused on getting  sv Sequoia loaded onto the cargo vessel, but there was some waiting-around time, which allowed us to meet a couple of times. It was great to find out some of the details of how this loading process works, and to see it actually happen today!

Loading sv Sequoia aboard a cargo vessel from JoeTourist InfoSystems on Vimeo.