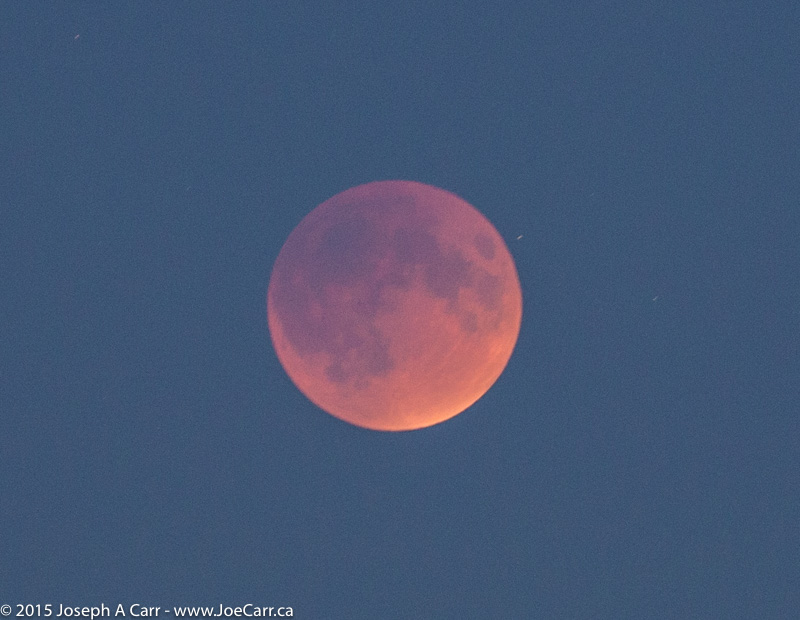 The eclipse was already in progress as it rose out of the atmospheric haze to the east of Vancouver Island. Mount Baker was poking out of the gorgeous colours in the Belt of Venus and the Earth’s shadow before the eclipsed Moon revealed itself across the Salish Sea.

There were probably 2,000 people sitting on the rocks at Cattle Point watching the eclipse, since it was a beautiful Sunday evening. Mount Tolmie and Esquimalt Lagoon were other sites  in the Victoria area which were equally crowded.